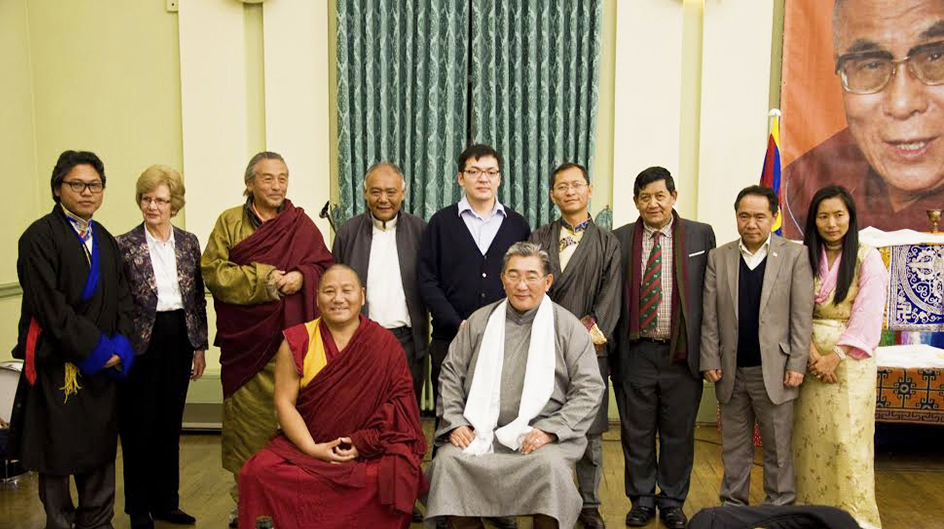 The Tibetan Community in Britain (TCB) was very pleased to host a group of young Tibetans from Sikkim on 13th and 14th November in London.
We applaud the good work of Professor Heaven Crawley of Swansea University, who organised the Tibetan Youth Exchange Programme – enabling five young Tibetans from Sikkim to visit Swansea University and Coventry University. The five were selected following a 10-day Youth Empowerment Workshop held in Gangtok, funded by the Department of Home, Central Tibetan Administration, Dharamsala. Aged between 24 and 29, they all have a good education including excellent English. They are highly committed both to their own personal development and to the future of Tibet.

The five are:
Tseyang Palzom – holds a Post-Graduate degree in Psychology. She is a Guest Lecturer at Sikkim University and also works at a drug rehabilitation centre in Gangtok.
Phuntsok Nyima – currently undertaking an M.Comm
Yeshey Paden – works as a Staff Nurse.
Tensing Rabga – an MBA graduate.
Kalsang Dolma – a primary School Teacher in Gangtok In Wales, they spent the first week in Swansea meeting school children, University students and staff and travelling to Cardiff for a visit to the Senedd (parliament) with Julie Morgan, MP.
In England, they visited Coventry University for a workshop on the role of youth in peace-building, and spent a day in Oxford where they met with Tibet and China scholars.

Of their two-week’s programme in England and Wales, the young Tibetans spent their final two days in London when members of the Tibetan Community were able to meet them. They also had a guided tour of the British Parliament courtesy Tibet Society.
The Tibet Relief Fund hosted a reception for the young Tibetans where they met young Tibetan professionals and a number of core Tibet supporters, including the Director of Free Tibet, and Chairman of Help Tibet amongst others. The young Tibetans also visited the Office of Tibet, where they met with Representative of His Holiness the Dalai Lama and his colleagues. Thanks to TCB members, they spent their final two days with Tibetan families in London and were treated to Tibetan dishes courtesy of TCB and Kailash Restaurant.